Barnes was commissioned as Captain with the 11th Battalion, the first Infantry regiment to be formed in Western Australia.
Embarked Fremantle per HMAT ‘Ascanius’ A11 for Egypt 2.11.1914.
Roll Rank Captain.
Roll Unit 11th Battalion, 3rd Infantry Brigade.
Barnes disembarked with his Battalion in Egypt, where they trained for several months. He marched in to Alexandria, joined the Mediterranean Expeditionary Force and embarked per HT ‘Suffolk’ for Gallipoli 2.3.1915. The 11th Battalion disembarked on the beach near Ari Burnu Point and Plugges Plateau. Barnes was KIA in the Dardanelles 25/28.4.1915 at Lone Pine and was buried somewhere in that area. His body was not recovered.
He is commemorated at the Lone Pine Memorial, Gallipoli Peninsula. Cannakkale Province, Turkey.
Final Rank Captain, 11th Battalion, 3rd Infantry.
Medical Condition Deceased, KIA.
Awards and Medals 1914-15 Star, British War Medal, Victory Medal.
ANZAC Medallion
Citation in Despatch for courage.

‘153 Complimentary: The Army Corps Commander has much pleasure in publishing the names of the Junior Regimental Officers, Warrant Officers, NCOs and men, in the attached supplement brought to his notice for having performed various acts of conspicuous gallantry or valuable services in the period 25th April to 5th May 1951. He cordially thanks them for the good work performed, which more than ever testifies to their devotion to duty to King and Country. His only regret is that all cannot be rewarded.’ (Military Orders 570 1915 in AWM :2455: Barnes)

Notes Barnes was a chorister at St. Georges Cathedral, Perth and his name is commemorated there on a brass plaque with 12 other choristers who fell in WW1. He had 2 brothers that also served, Corporal Gordon Howard Barnes of the 11th Battalion KIA 10.8.1918 and Lieutenant John Viveash Barnes of the 51st Battalion who was invalided home. 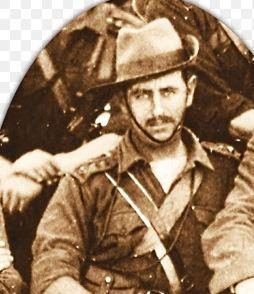 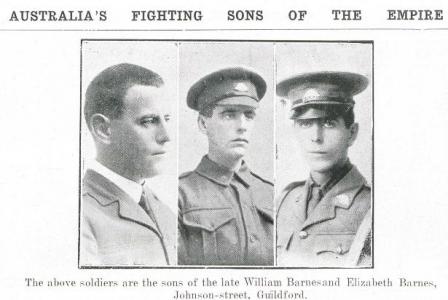 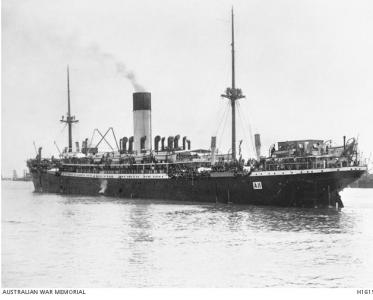 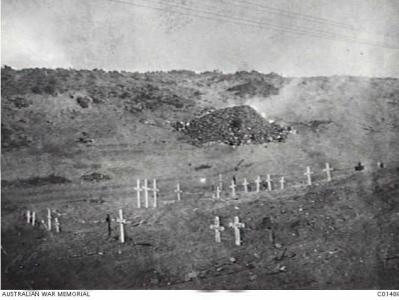