Embarked. Fremantle per H.M.A.T. ‘Hororata’ A20 for Egypt 26.4.1915.
Roll Rank Private.
Roll Unit No. 1 10th A.L.H., 3rd Light Horse Brigade, 5th Reinforcements.
Gull disembarked in Egypt and joined the dismounted 10th A.L.H. on 13.07.1915. He took part in the August offensive at Gallipoli, including the Charge at the Nek, which he survived by, in his own words, ‘throwing myself down behind the body of a very dead soldier, then crawling back into the trenches after dark’. He found 3 bullet holes through the crown of his hat. He was evacuated to Lemnos with Dysentery/ Scarlatina on the 21.08.1915. and convalesced at: Malta/Lemnos 3 1/2 months; he returned to Gallipoli in November 1915 and was evacuated to Alexandria December 1915 with 10th A.L.H. Regiment/Sinai 10th A.L.H. 1916.
Unit. No. 2 Imperial Camel Corps: July 1916-July 1918–Sinai, Palestine, Syria. Gull was appointed Company Sergeant Major (CSM) 1.07.1916: No.14 Company 3rd ANZAC Bn Imperial Camel Corps(.IC.C.) He took part in the Desert Patrols, Battles (e.g. Magdhaba) Sinai, Palestine and was appointed 2nd Lieut. 26.05.1917. He was promoted to Lieut. 26.8.1917. Gull transferred to No. 2 Co. 1st Battalion I.C.C. 19.06.1917. On his posting to Headquarters, he took part in Special Mission to survey the route to Akaba (October 1917), shortly after it was taken by T.E. Lawrence and his Arab Army. He led Intelligence patrols into desert around Beersheba/Jerusalem. Gull became Staff Officer to C.O. 1st Battalion I.C.C. Lieut. Colonel George Langley 1918. he was the leader of an Escort Party to take Colonel T.E. Lawrence to Headquarters briefings 1918. Gull sustained a bite arising from an attack by rogue camel at Kantara. He was admitted to 14th Aust. General Hospital, Cairo with an Inguinal Hernia February 1916 and convalesced for 6 weeks.
Unit No. 3 He transferred to 14th A.L.H. 7.7.1918 (formerly Australian Brigades I.C.C.) the Re-organisation at Surafend. Gull was appointed an Officer of the 5th Cavalry Brigade in advance guard during the ‘Great Ride’ to defeat the Turkish Army in Damascus, in September 1918. He was awarded a Military Cross for taking machine gun post single handed in the Gardens of Damascus. He served during the Egyptian Uprising of 1919. Gull was demobilized and returned to Australia.
Embarkation Suez per HT ‘Dongola’ for Australia July 1919.
Disembarked Fremantle 2.1919.
Discharged/ Appt. Terminated 5.7.1919.
Final Rank 2nd Lieut.14th Light Horse.
Medical Condition NK.
Awards and Medals Military Cross 1914-15 Star, British War Medal, Victory Medal. (WW1).
Citation: Headquarters Recommendation Lieut. Col. G.F. Langley; Major A.F.G. Campbell.:
‘For continuous devotion to duty during the recent operations from 19th September to 3rd October 1918 (inclusive), this Officer has shown very great gallantry, zeal and devotion to duty, particularly in the fighting at Damascus in cleaning the gardens of snipers and machine guns. His work on this occasion was of a very high order indeed.’

Military Cross Citation
‘During the attack on 31st September, this officer handled two troops whilst driving the passage between the gardens on the outskirts of Damascus, where considerable opposition was met with. Owing to his cool and resolute courage in leading a charge against the machine guns blocking his way, the troops in the rear were able to push through with minor casualties, thereby assisting greatly to the success of the attack.’ Signed Major A.S. Nobbs.
(AWM Awards and Honours) 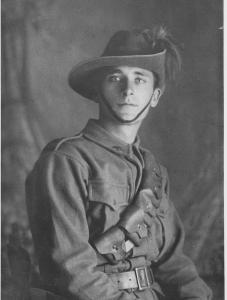 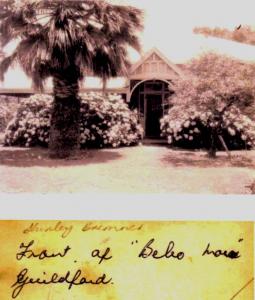 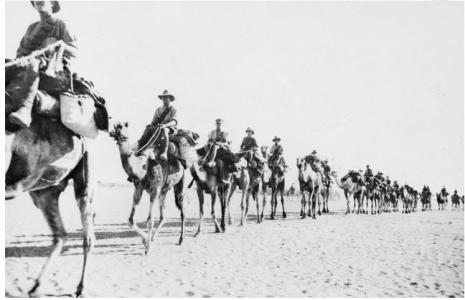 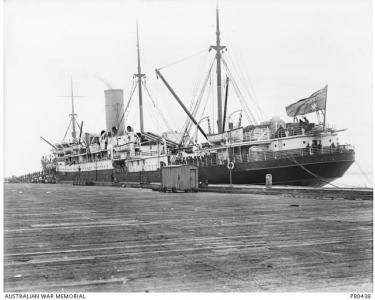