Embarked Fremantle per HMAT ‘Suevic ’A29 for England, 6.6.1916.
Roll Rank Private.
Roll Unit ‘A’ Company, 44th Battalion.
Barker disembarked with the 44th Battalion at Plymouth 21.7.1916. He marched in to Larkhill with his Battalion. Barker was admitted to hospital with influenza 1.9.1916. Barker was admonished for being AWOL (away without leave) 2.10.1916. He proceeded overseas to France via Southampton 25.11.1916. Barker disembarked in France 26.11.1916 and  marched into Base Depot, they then moved to the Nursery lines at Armentieres 29.12.1916.   War Diaries show the 44th Bn was engaged in working parties in the trenches over Christmas. On 30.12.1916 they entered the front line trenches  East of Armentieres for the first time.  The first battle casualties were Ptes.  Anderson, Barker and  Cameron. They were hit  by a shell ('minnie') on 'B' Coys parapet and buried by the explosion 31.12.1916. (Western Mail 30.9.1937 p11) He was buried at Cite Bonjean Military Cemetery, Armentieres Plot 3, Row C, Grave 38. The Western Mail carried an obituary notice from his family (Western Mail
Final Rank Private, 44th Battalion, ‘A’ Company, Australian Imperial Force.
Medical Condition Deceased, KIA.
Awards and Medals British War Medal, Victory Medal.
Notes Barker was the second son of Mr and Mrs A.S. Barker. His sister was Mrs B. Portener and had brothers William, James, Albert, Ronald, Hubert, May and Thelma. His brother William Barker received John George Barker’s medals (West Australian Newspaper 25.1.1917) and later resided at the family home at 87 James Street, Guildford. 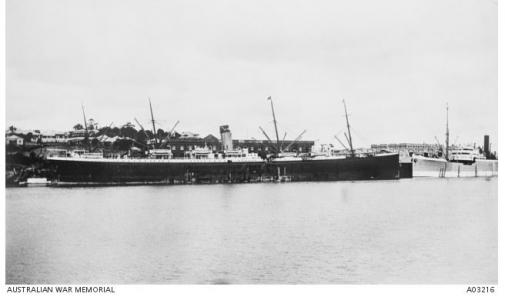 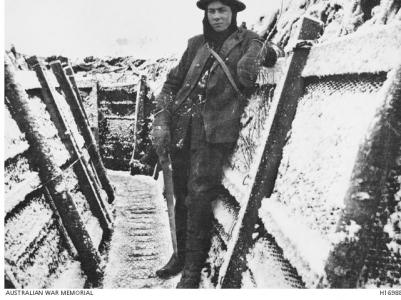 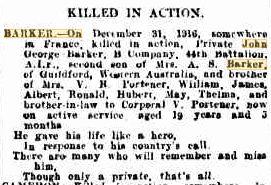