Embarked Fremantle per HMAT ‘Surada’ A52 for UK 26.9.1916.
Roll Rank Private (Voyage Only Corporal).
Roll Unit 7th Infantry Brigade, 28th Battalion. 15th Reinforcement.
Collisson disembarked at Plymouth with the 15th Reinforcement of the 28th Battalion 20.11.1916. After a brief period of training, he proceeded overseas to France from Folkstone per ‘Princess Clementine’ 21.12.1916. Collisson was taken on strength with 28th Battalion. He was listed as sick with bronchitis 7.1.1917. On discharge he reverted to rank of Private and marched in to the 2nd Australian Base Depot 4.5.1917. A week later he was reported to have scabies 11.5.1917. Collisson returned to his unit in the Field.
He was wounded in action at the Battle of Menin Road Ridge with gunshot wound to his head 20.9.1917. Collisson embarked per Hospital Ship ‘Western Australia’ for England, invalided 13.10.1917 and was admitted to the Devon Volunteer Aid Hospital at Exeter. He was diagnosed with a depressed fracture of the skull 14.10.1917. He moved into the Convalescent Depot at Weymouth 4.2.1918. His condition was described as severe and he experienced headaches and had paresis of his right arm. Collisson was listed for early return to Australia as an invalid.
Embarked Plymouth per ‘Dunvegan Castle’ for early return to Australia 13.3.1918.  His ship proceeded to South Africa, where he embarked at Durban per ‘Field Marshall’ for Australia.
Returned/Disembarked Fremantle 14.5.1918.
Discharged 30.5.1918.
Final Rank Private 28th Battalion, Australian Imperial Force.
Medical Condition Invalided with shrapnel wound to head and headaches, and paralysis of right arm.
Awards and Medals British War Medal, Victory Medal.
Notes Collisson was admitted to No. 8 General Hospital Fremantle on arrival and then discharged. He was known as 'Digger' at Guildford Grammar School, where he taught from 1912 -1953 (exclusive of the war years). He was 1st Lieut. and OC of the Guildford Grammar School Cadet Unit prior to his enlistment.  He was on staff at GGS at times between 1912-1915. In 1934 he married Nurse Kate Bridgman, daughter of Fred Bridgman, General Manager of Adelaide Steamship Company. Kate joined the Queen Alexandra's Imperial Military Nursing Reserves (QAIMNR) as a nursing Sister during WW1. She returned postwar and became Matron at Guildford Grammar School from 1926-1933. She resigned when she married Collisson (Australian Nurses in WW1).
Photo  Pte. D.M. Collison. Photographer unknown, photograph source Guildford Grammar School Archives, courtesy Collisson family
Hellfire Corner, Menin Road, 1917. Photographer unknown, Photo source AWM E0188
HMAT 'Surada'. Photographer unknown. SLNSW image a639566 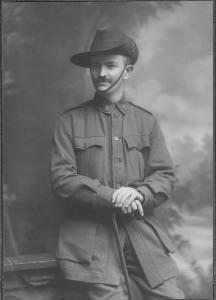 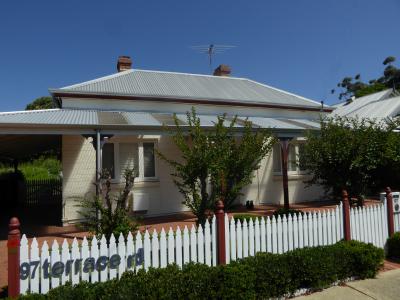 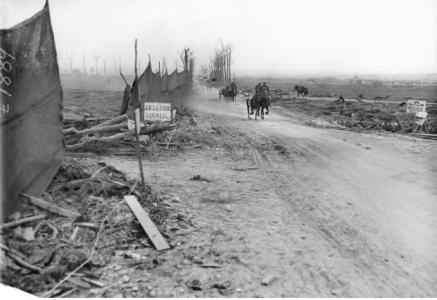 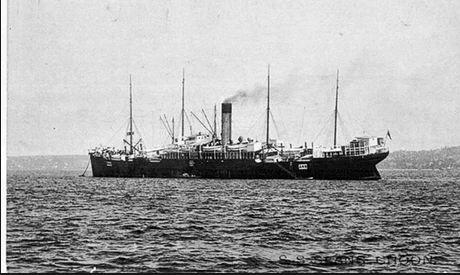