Embarked Fremantle per HMAT ‘Wandilla’ A62 for Egypt 26.5.1915.
Roll Rank Private.
Roll Unit 16th Battalion, Australian Imperial Force.
Bacon disembarked with his Battalion at Egypt. They entrained to camp at Heliopolis. After a brief intensive period of training, they embarked at Alexandria for Gallipoli 2.8.1915. The 16th Battalion was involved in defending and extending the frontline at the beachhead at ANZAC. Bacon was wounded in action whilst fighting at Hill 971. This battle was detailed in a letter to his family (Sunday Times 10.10.1915)  Bacon received  a gunshot wound to his mouth and cheek. He was transferred to the 3rd General Hospital at Mudros 9.8.1915. He was then transferred to Lowland Clearing Station for transfer to England. Bacon was transferred by HS ‘Calder Castle’ to England 26.8.1915 and admitted to the War Hospital at Reading 17.9.1915. He was promoted to Lance Corporal 10.4.1916 and returned to the front. Bacon was hospitalised with tonsillitis 4.8.1916 and a debility 5.9.1916. Bacon was transferred to Perham Downs 28.6.1917 before proceeding overseas to France per ‘Princess Victoria’ via Folkestone 4.12.1916. He rejoined his Battalion in Belgium as they were advancing towards the Hindenburg Line. Bacon was wounded in action a second time 6.8.1917 with a gunshot wound to his left ankle 6.8.1917. He was transferred by Hospital Ship to England and admitted to the 1st General Hospital at Stowbridge. Bacon proceeded overseas from Southampton for France 27.12.1917. He rejoined his Unit 31.12.1917 and was promoted to Lance Corporal 10.4.1918.
Bacon was KIA in France near Liveguier Jeancourt 18.9.1918. He was buried at Jeancourt Communal Cemetery Extension, Jeancourt, Picardie, France.
Final Rank Lance Corporal, 16th Infantry Battalion.
Medical Condition Deceased, KIA.
Awards and Medals 1914-15 Star, British War Medal, Victory Medal.
Notes
Photos Pte Arthur Bacon. Photograph source Sunday Times 17 9 1915 p1
Gallipoli. Hospital barge carrying sick and wounded  to Hospital Ships. Photographer unknown, photograph source AWM P00591.002
Jeancourt Communal Cemetery. Photograph source British War Graves 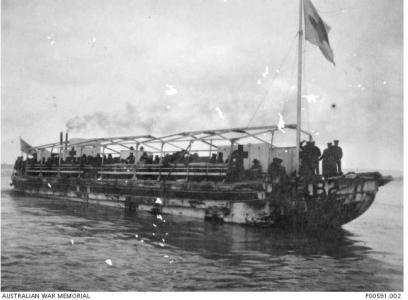 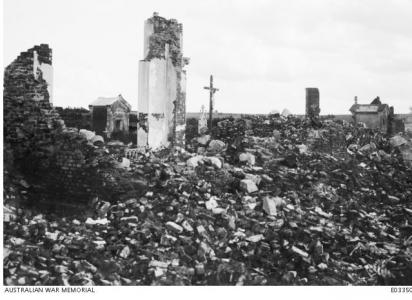 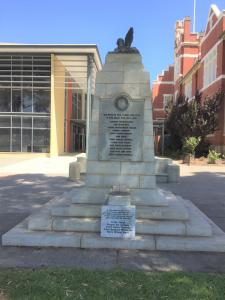 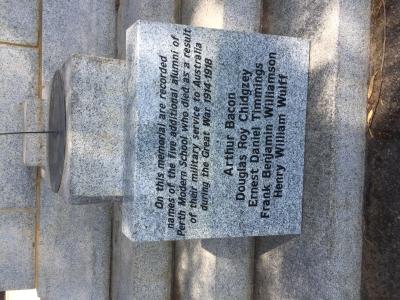